Victory can be Pyrrhic; the Champions League is a financial challenge for Piteå IF. Sponsor SunPine is matching the UEFA grant and giving the club SEK 250,000 in additional support.
“We’re doing so because real life can be unfair,” says Magnus Edin, SunPine CEO.

Thanks to its win in Swedish women’s Premier league football, Piteå IF qualified for the UEFA Champions League next year. In sporting terms this is a huge success, but in financial terms, a risk.

“We’ve decided to match UEFA’s grant of SEK 250,000 to help Piteå IF afford to play in the Champions League. We’re doing so because real life can be unfair, and we hope more companies will do the same. We’ll do what we can to make sure Piteå IF’s victory doesn’t turn into a loss.”

Had Malmö FF qualified for the group stage of the Champions League, the club would have received a UEFA financial contribution of SEK 221 million. The corresponding figure for a women’s football team is SEK 250,000.

“SunPine has been supporting women’s sports and female athletes for a long time and in a variety of ways, and so in the run-up to Champions League we’ve decided to contribute the same amount as UEFA. SunPine will therefore support Piteå IF to the tune of SEK 250,000,” says SunPine’s CEO Magnus Edin. And we hope others will also want to contribute something to help right the unfair and unequal opportunities in football. 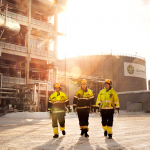 SunPine’s world-leading bio-refinery is located on Haraholmen in the Port of Piteå. 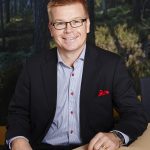 SunPine’s CEO Magnus Edin together with some of Piteå IF’s gold-medal heroines.

Om SunPine:
SunPine is a world leader in the production of second-generation renewable fuels. The raw material is a residual product from pulp and paper manufacturing. Tall diesel from SunPine is mixed with Preem’s Evolution Diesel. SunPine produces 100 million litres of tall diesel every year thereby reducing carbon dioxide emissions by 250,000 tonnes, equivalent to the emissions from 157,672 diesel cars. SunPine has annual sales of SEK 1.2 billion. SunPine is owned by Kiram, Preem, Sveaskog, Södra and Lawter.