His Majesty the King on SunPine: “Important for the future”

His Majesty the King visited SunPine. The switch to climate smart alternative fuels like tall diesel is an engaging subject.
“This is important for the future,” said HM King Carl XVI Gustaf.

It was not a run-of-the-mill technical visit that took place at SunPine’s bio-refinery on Wednesday 9 October. His Majesty the King and the County Governor Björn O. Nilsson and entourage were given a presentation and a guided tour of the plant escorted by SunPine’s CEO, Magnus Edin. His Majesty asked many insightful questions about the various challenges facing sustainability work.

“There are already many determined viewpoints on the subject of forestry, including those who want to focus on production and others who want to conserve old-growth forest. It’s all a matter of finding the right balance,” noted His Majesty.
When R&D manager Valeri Naydenov presented the chemical process behind SunPine, His Majesty declared:
“Managing all the patents to safeguard the technologies you’ve developed must be very complicated.”

Magnus Edin, SunPine CEO:
“We very much appreciate being contacted by the Palace about the visit to SunPine. His Majesty the King showed both an interest in and a commitment to our operation and the tall diesel we produce. He was very knowledgeable and asked questions about everything from sustainable forestry to the transition to sustainable fuels. There was an interesting conversation about the challenges we face and our investments for the future.”

His Majesty was informed about our investment decisions and facts about the second factory planned for commissioning in 2020. During the guided tour of the plant, which was led by production manager Jonas Vinblad von Walter, His Majesty also took the opportunity to speak to the media about his interest in sustainable innovations and SunPine in particular.

“The Crown Princess and young people are extremely interested. She was here on a visit a number of years ago, and she takes in this kind of thing. She is just as interested as I am, and she understands that this is important for the future,” declared His Majesty the King.

The theme of the trip to Norrbotten was sustainability, and it also included a visit to Markbygden’s windfarm and the major project involving Hybrit and Luleå University of Technology. 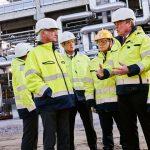 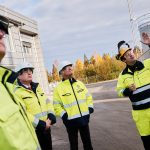 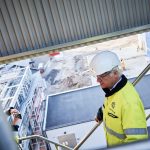 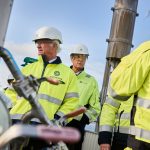 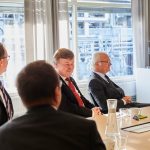 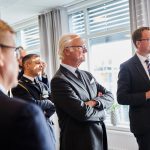 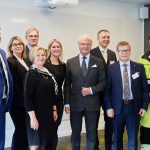